The heels of his Hessian boots thudded against dusty floorboards
as he made his way through the gloom. He pushed a door open with a flattened hand, wincing at the faint whine of a dry hinge. A flash of light and a single candle flared to life to force the shadows back. Cobwebs and dust covered every surface. A rickety table leaned heavily against the far wall, one leg broken off. Several chairs in disrepair were tossed about the room, a thick layer of dirt on the simple wooden frames.
Impatience nipped at his body as he stomped to the window to
stare out the shattered, filthy glass. A pale harvest moon hung low in the sky, casting its eerie glow about like a fine cloak. His horse stood in the yard below, flicking its tail, as impatient to be gone as its master.
Hours late, the youth he was to meet had yet to make an
appearance. “If it weren’t for the importance of the documents I seek, I’d abandon him to his fate,” he muttered as he raked a hand through his short dark hair.
Hurried footsteps along the stone walkway pulled him from the window and he turned. The crooked door swung inward to reveal the slim, simply dressed youth he’d been waiting for. “You’re late.”
“Beggin’ your pardon, milord. The baron did not retire as he is wont to do. He’s entertaining a pretty young lady this evening and I could not slip away.”
“I care not for excuses, boy, did you bring what I requested?”
“Indeed, sir. As you demanded, Monsieur Wolf.” His Adam’s apple bobbed with the force of his swallow as the boy dug into his shirt and pulled out a brown document. The boy held it out with a hand that
trembled so; the parchment appeared to be waving.
The pale light revealed a dark wax seal upon the page, and he smiled with satisfaction as he traced a finger over it and recognized the familiar crest imprinted in the wax. Without taking his eyes from the
parchment, he reached into his pocket and pulled out a small black leather pouch. “As promised, your livres. Your assistance is a great benefit to our king. I’ll send word if I need anything else. As per our
usual agreement, turn the grey out into the southern pasture if the traitor receives another audience with our enemy.”

LAUNCHING August 30th to your Kindle. 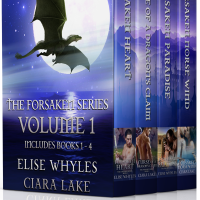 Now’s the perfect time to fill your ereader! November 25th is the start of a massive four-day sale in which a select number of my books will be deeply discounted. During the Black Friday weekend, you can grab my books with a […]

Coming Fall 2021. Some lines aren’t meant to be crossed Cooper Tylen has finally found HIS house. It calls to him. Yet, he finds his world changing. His relationship with his boyfriend is strained. Suddenly alone, Cooper finds himself drawn to the […]

The heels of his Hessian boots thudded against dusty floorboardsas he made his way through the gloom. He pushed a door open with a flattened hand, wincing at the faint whine of a dry hinge. A flash of light and a single […]

France is at war. Vicomte Frederique de la Tour refuses to allow his young brother to be called to court. The debauchery and struggles for power need never touch the young man. Frederique, must then take his place. Lady in Waiting Hélène […]